The Designer Repository provides a centralized location to promote and store changes to Designer Projects, acting as a form of version control. This is highlighted in the image below, where Projects can be deployed from the repository and shared across different environments. Unlike a traditional Decisions Server, a Designer Repository is not used for developing or running applications. 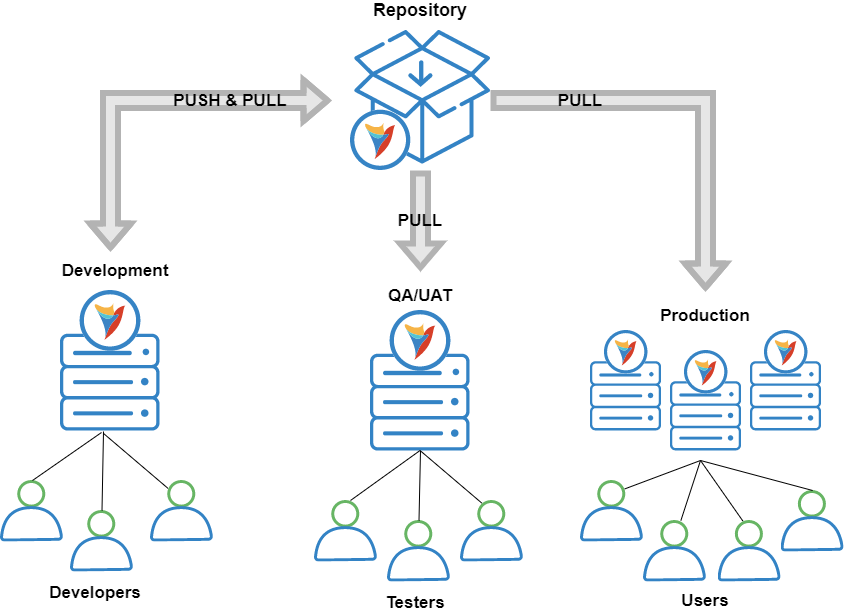 Once a repository environment is connected, Repository Actions become available to Designers. These actions can be found by right-clicking a Project Folder or Designer Element > Designer Repository.

Any Designer Element, such as Flows or Rules, that are checked into a Repository will be labeled as a Resource. 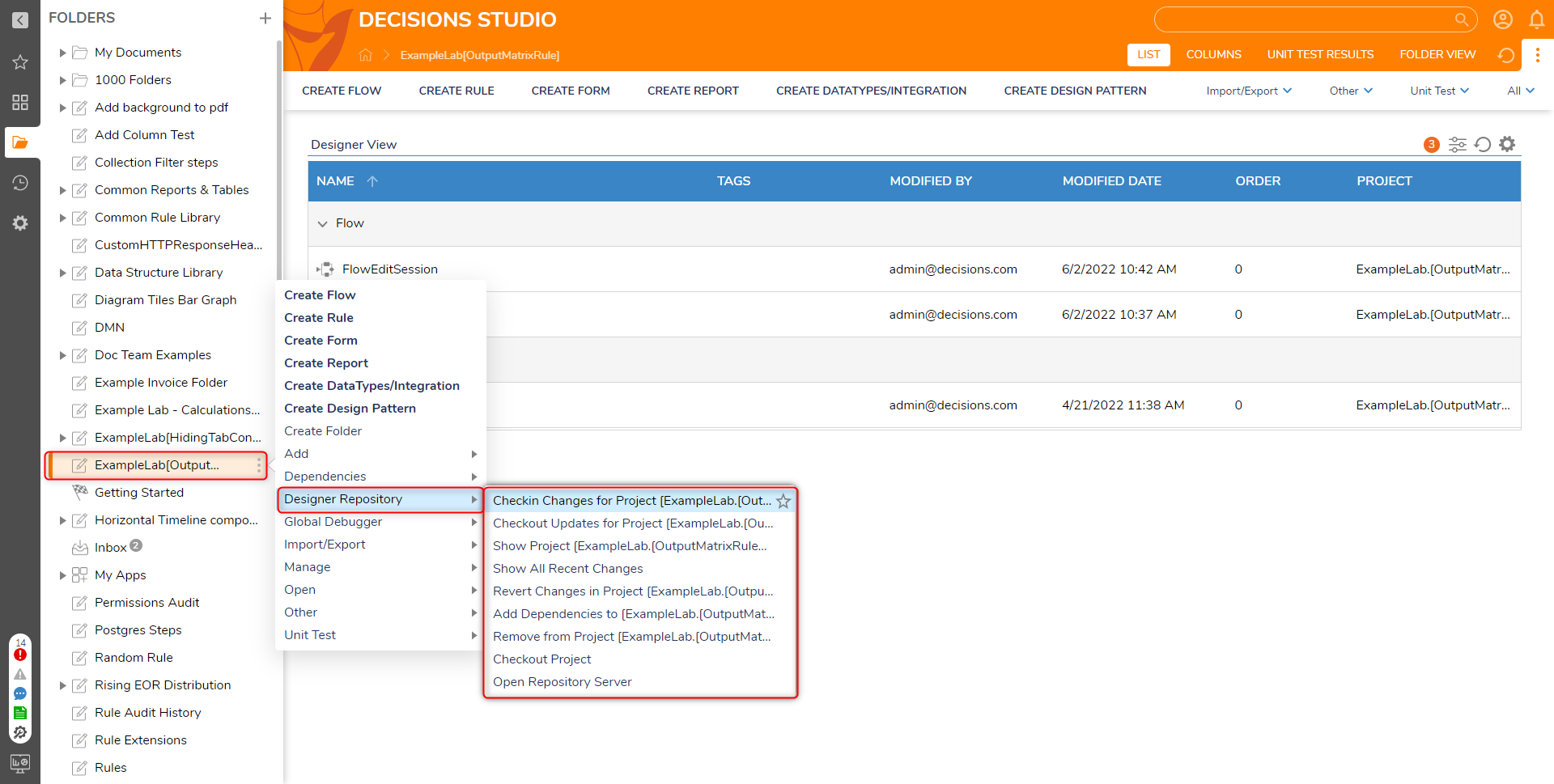 One of the advantages of using a Repository to manage deployments is that it provides the ability to delete resources from Projects as part of a code migration.

Repository Branches are used to create a copy of a Project at a snapshot in time. Each Branch maintains a version of all the resources of the Project independently, allowing multiple versions of a Designer Element to exist within each branch.

Connected servers can only point to one Branch for a Project at a time. Using Branches does not allow connected servers to run two versions of the same Designer Element at one time.

Decisions Repository Trunk / Branch structure is set up to do all new development work in Trunk and make new Branches as needed. This is opposite to most traditional Repositories where work is done in a Branch and Merged back to the Trunk.

Each time a change to a Project is checked in/committed to a Repository, a Revision is created. Revisions are records of changes made to the Project at the time, similar to Checkpoints, but for all Designer Elements in a Project.

Revisions can be used to create Branches for and can also be reverted/rolled back to earlier versions of the Project within the Repository.

For further information on Repository, visit the Decisions Forum.
Was this article helpful?