When new versions are released to the public, customers can expect certain types of behavior and changes to occur.

To help adapt to these changes, the following article is written to help understand how the product is released, version naming conventions, and how each version is supported.

The following diagram displays how each version of a Decisions Installation is named. 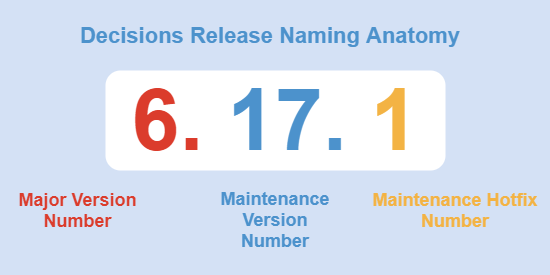 The Product Teams develop two different versions of the Product concurrently; these versions are referred to as the LTS (Long Term Support) and Current versions.

The following chart demonstrates the standard release cadence for these versions.

Additionally, typically every 18-24 months, a new Major Version is released. Upon public release, this version takes over as the new Current release, and as a result, the preceding version becomes the new LTS version, and the previous LTS version is deprecated from Software Support (see the following diagram for information on how versions are introduced/phased out of Support). 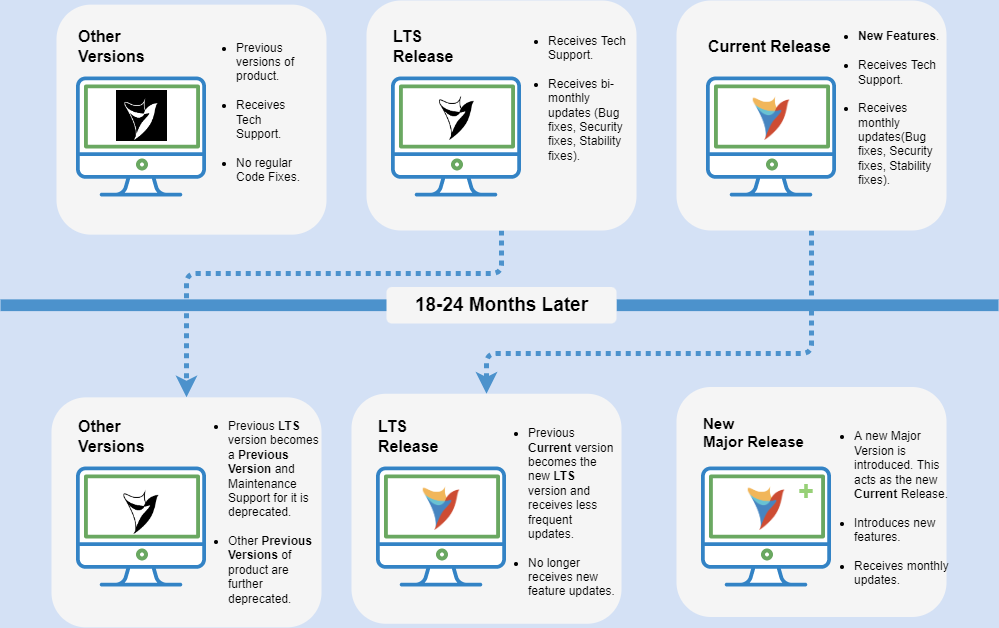 With each release, Support is provided with new features, code fixes, and Security and stability updates. Depending on the version of the product being used, each version may receive different kinds of support. In the case of these versions, the Current and LTS Releases take precedence with receiving the most support,

Deprecated Version Support
Note that deprecated versions of the product are not provided Code Support except for exceptional circumstances.

The table below demonstrates how each Release Version is supported.

For additional information on Releases and their features, see the Decisions Forum.
Was this article helpful?
Thank you for your feedback! Our team will get back to you
How can we improve this article?
Your feedback
Comment
Comment (Optional)
Character limit : 500
Please enter your comment
Email (Optional)
Email