Developing a process requires building multiple Designer Elements to achieve the process's goal. For example, a process could involve a Flow relying on data collected by a Form that a later Rule references in its logic and then ends with a Page displaying that Rule's outcome. Dependencies represent relationships between Designer Elements where one relies on another to perform correctly.

The Dependency Browser hierarchically organizes relationships between the selected Designer Element as well as any present validation issues in an interactable graph.

Users may open the Dependency Browser via two methods:

Right-clicking a Designer Element in the graph opens its Action menu, similar to the Designer Project.

Selecting a dependency from the I DEPEND ON or DEPEND ON ME rows refocuses the graph on the newly selected Designer Element. It then appears in the center row of the Dependency Browser, and its dependencies now occupy the top and bottom rows.

A Designer Element in the Dependency Browser consists of the following information: 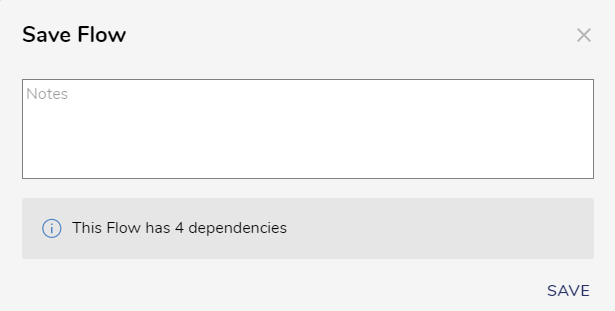 If saving after producing new validation issues since the last save, another notification states how many now exist within the Designer Element. 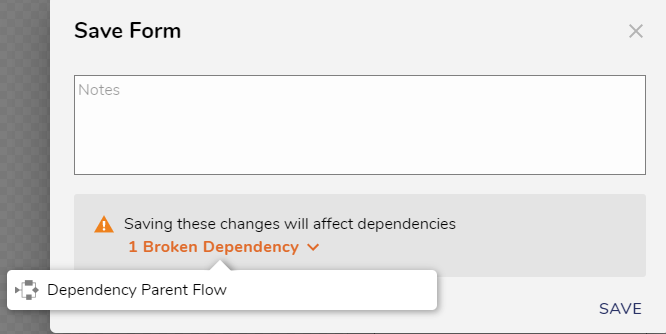 If saving after solving an existing validation issue, another notification appears stating how many issues are now solved within the Designer Element. It is a best practice to also name what errors were solved and the steps are taken to fix them in the Save window's Notes section. 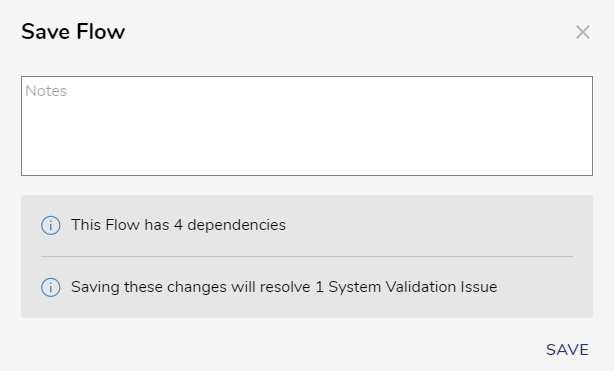 Since the platform automatically recognizes and declares dependencies, typical processes will not require manual declaration; however, the option is available via the Declare [Dependency Type] action.

An example scenario of manual declaration may involve two Flows that are a part of the same process but do not rely on each other to function correctly. Declaring these Flows as dependents include one another during import/export without requiring the Flows to exist in the same project.

If experiencing these issues in multiple projects/processes, try initiating the Update Dependencies [All Objects] action refreshes dependency connections for each and every connected Designer Element connected to the selected one, its dependencies, and so on.

Exported Designer Elements and Designer Projects prompt users to include their dependencies via downloading the Project With Dependencies option to preserve functionality across environments.

Expanding the Export window's Details sections also shows how many dependencies will be added to the export .zip file. Typical exports should include dependencies; however, they can be excluded. Remember that dependent Designer Element(s) need reconfiguration to function properly without them in the new environment. Missing dependencies in a project appear during import into another environment. 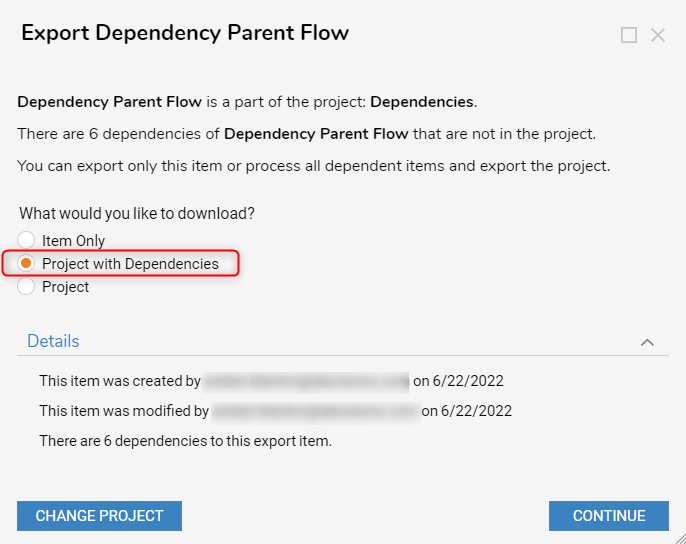