The Create Folder Documentation option is available for any Designer Project. This action downloads an HTML document called ProjectReport that contains useful information about the Designer Project, including details like the number of each Designer Element in the folder, a preview of those elements as they would appear in the Designer, step input/output data, and more.

The Create Project Documentation Folder Action option will appear when Decisions object (.decObj) files are associated with a Project (locally or from a Repository server). This produces and downloads a markup document about that Project file and its included assets.

The ProjectHealth.HTML file provides insight into a Folder or Project's overall health and evaluates the health of individual elements within the Project. The first section of the HTML file lists all Designer Elements that were evaluated and provides the overall score. The overall score is the average of all individual items. 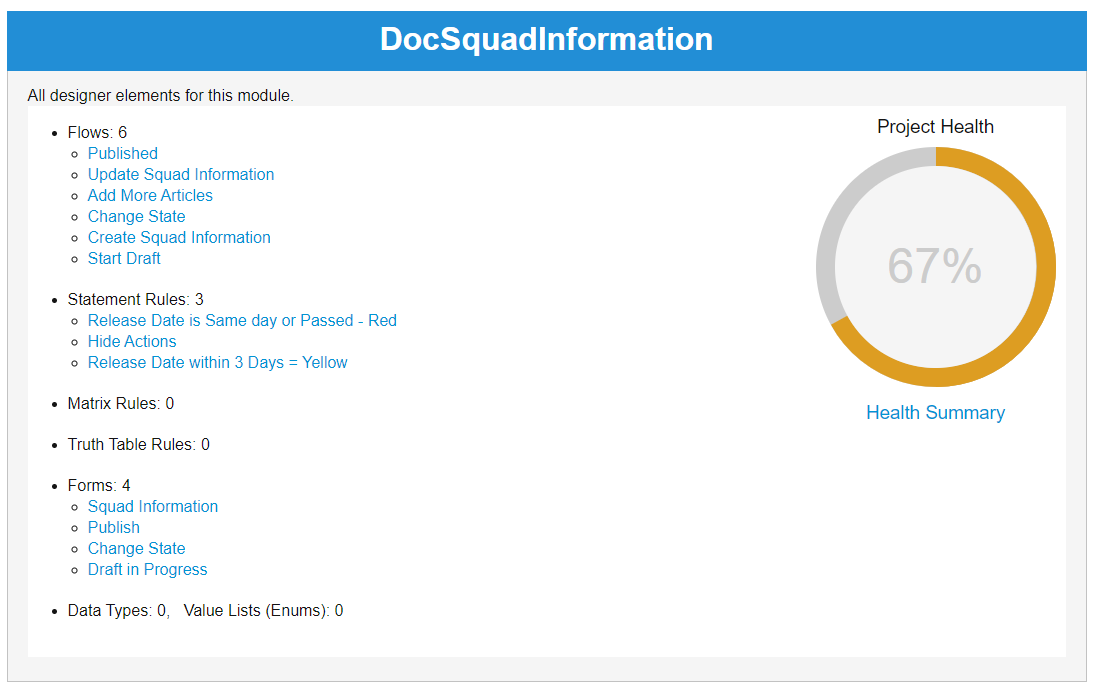 Each element is evaluated based on categories; reasonings are provided to help improve the element's score and provide best practice concepts for some items.

The final section of the ProjectHealth.HTML file lists all the Designer Elements with their score. 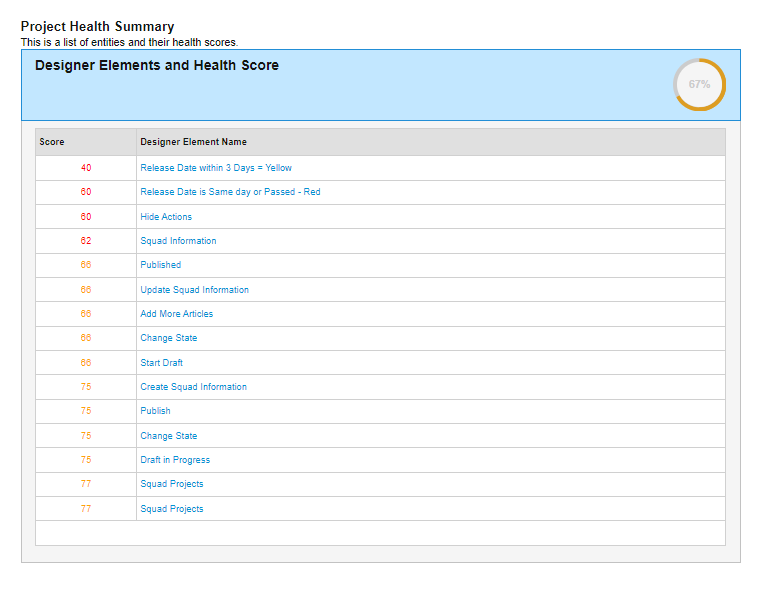 For further information on Administration, visit the Decisions Forum.
Was this article helpful?