When a Flow has been published, the contents of the Flow become available for an end-user to view.

The functionality of a Flow is based on what it was specifically created for. Each published Flow will have various elements that can activate it which include scheduled jobs, Workflow catalog, actions on a Dashboard, and from an external system via URL.

The Scheduled Jobs feature allows user-defined tasks (e.g. running a Flow, generating a Report, etc) to run at a specified time and frequency.

For example, a Flow can be set to run every day at midnight with a task to send out specifics as to which salesperson made the greatest number of calls or which person worked the longest amount of hours. Scheduled Jobs can be located by navigating to System > Jobs and Events > Scheduled Jobs. 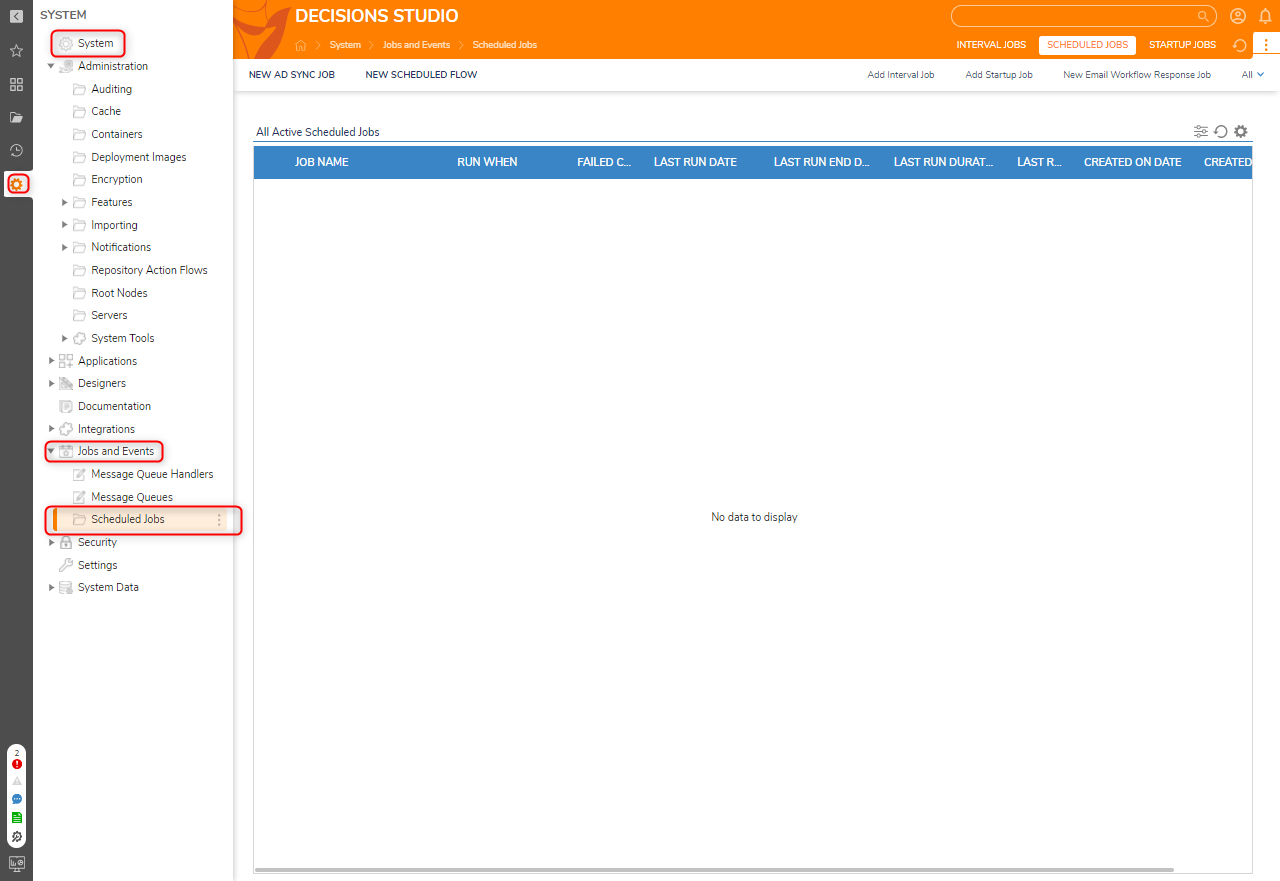 The Workflow Catalog houses designer elements for quick and easy execution based on portal permission settings. It is represented by the four-square icon on the Sidebar. 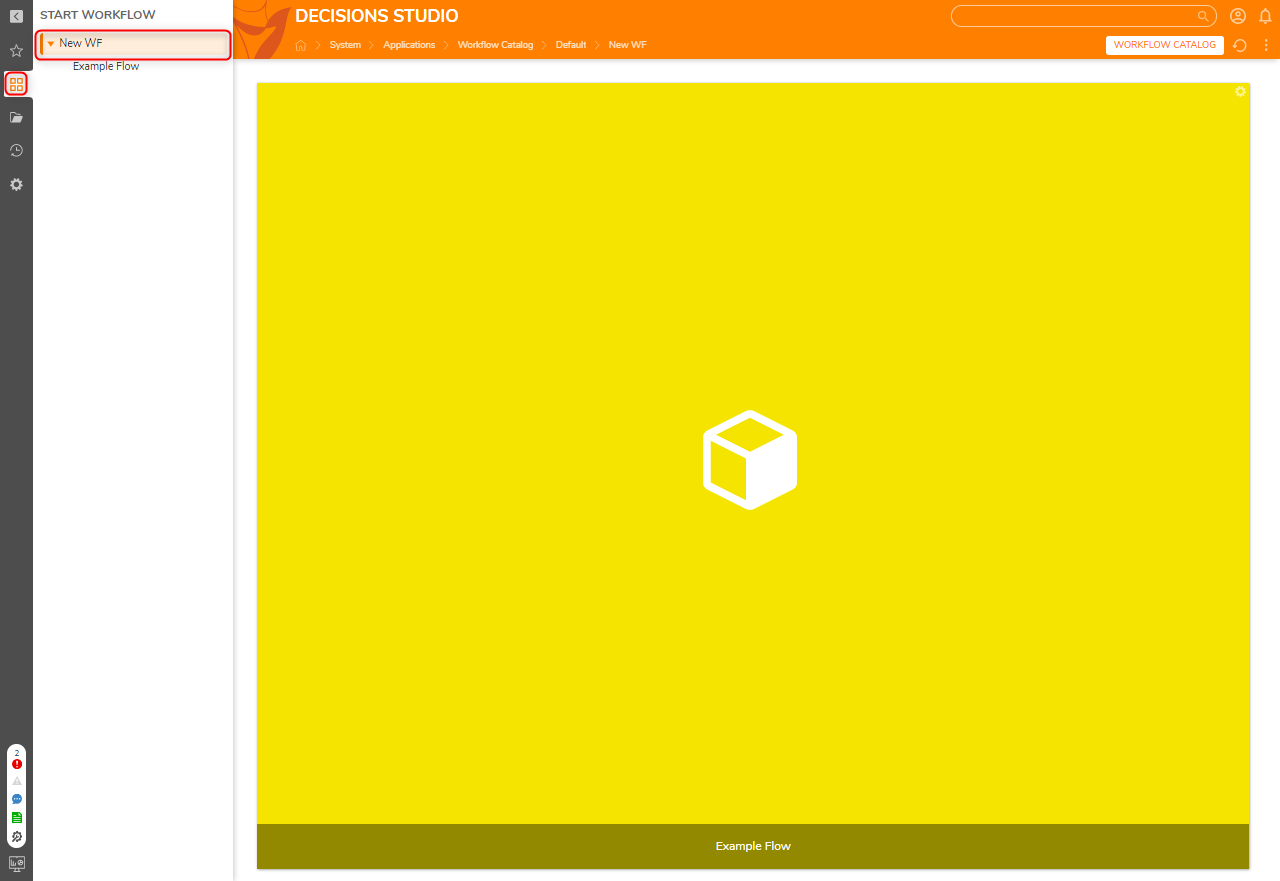 When a Flow is published as an action on a Dashboard, it gives the end-user access to run the process the Flow was built for.  The actions on the Dashboard respect user security so that end users only see actions that have been granted to them.

Call a Flow containing Form on an External System

If an end-user utilizes a Flow with a Form in it, they can publish a URL on the internet, on an external website, or an event to distribute it via email. This will allow interaction with one of the Assignments or External Forms created and hosted within a Flow. These functionalities can be used as pieces to gather or integrate data that needs to be published. All of these features can consume data and trigger a Flow by calling a Web Service.

For further information on Flows, visit the Decisions Forum.
Was this article helpful?
Thank you for your feedback! Our team will get back to you
How can we improve this article?
Your feedback
Comment
Comment (Optional)
Character limit : 500
Please enter your comment
Email (Optional)
Email