Do not lose the encryption key, or the data will be unrecoverable.
If a pre-existing database is present during the installation, then its encrypted data will only open with the same encrypted key. If lost, the data must be recreated.

Users may restore old encryption keys to allow new installations access to their respective database's secured data. This is recommended when upgrading or installing a new server in a cluster.

Encryption Keys are intentionally stored on the Application Server outside the database, so the secured data is not stored next to its key. Keys are stored as Keys.dat in the following locations depending on the version:

Multi-Tenant Encryption Keys
In Multi-Tenant environments, Keys cannot be handled by the installer. Instead, they are automatically backed up and stored in a directory called installerbackup.

New Installation or Upgrade With No Keys Found

The installer prompts the Encryption Keys screen when installing to a machine with no previous installation passwords or data or to a server with no found encryption keys. The user may enter a previous encryption key file and select Restore Key File to locate its respective Kay.dat file and apply it to the installation.

If no keys are found, then the database contains no encrypted data. The Keys.dat file only generates once an encryption event occurs.

Upon generating a new encryption key, the Keys.dat file can be found via the installbackup folder located via C:\Program Files\Decisions\installbackup once installed.

The screenshot below represents a new installation's Encryption Keys screen. 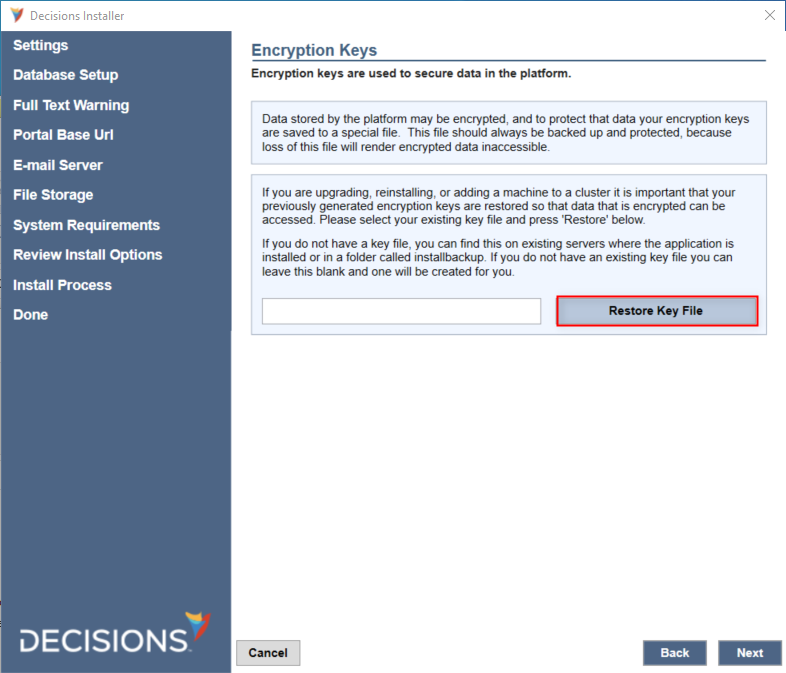 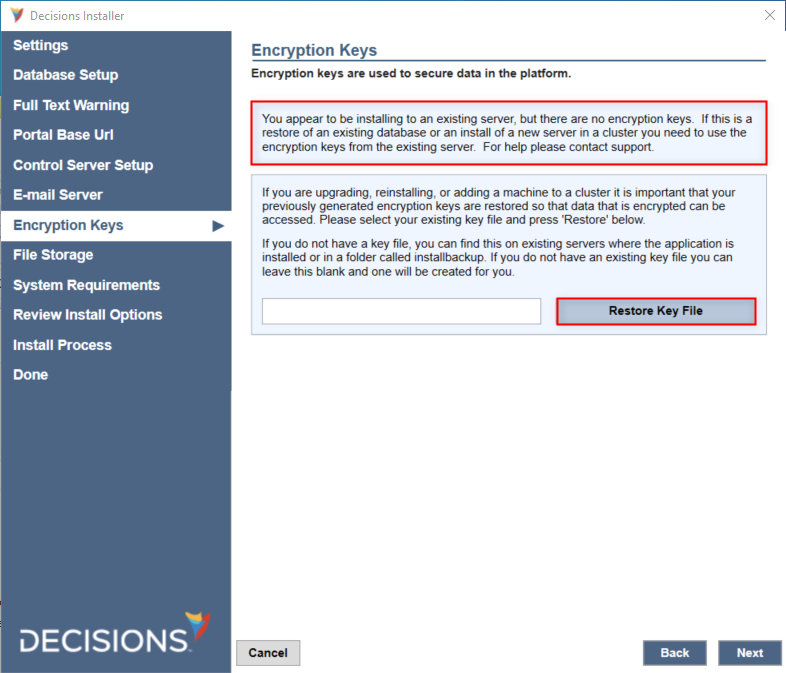 If configured and saved keys are found during installation, the installer can restore or reuse them without additional action.

A different key file would only need to be used if the found key file is incorrect and thus needs to be replaced. 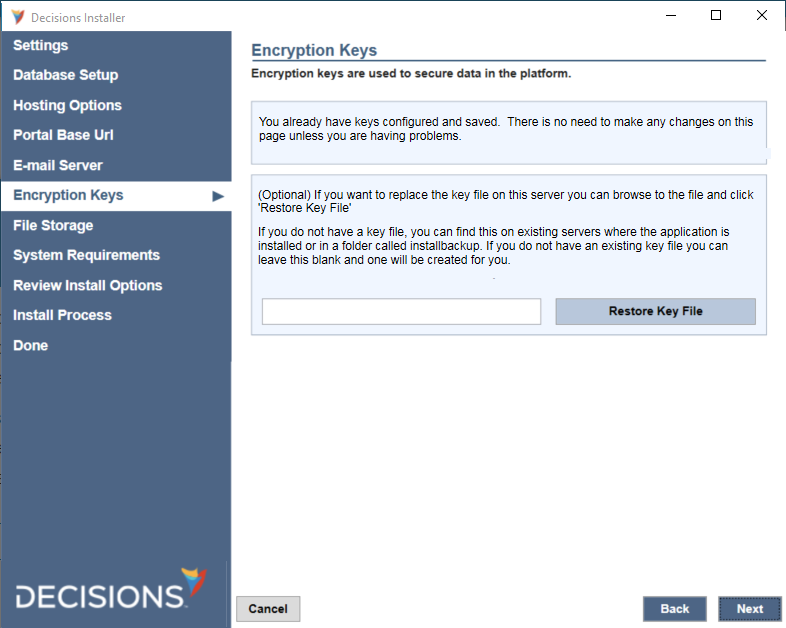 Key files are automatically placed in the installbackup folder after uninstalling. When reinstalling, the installer will search this directory to recover any key files if there remain no existing keys.