Decisions may be ran within Kubernetes cluster architecture alongside the Redis server and a load balancer.

The following document demonstrates how to set up an Elastic Kubernetes Service (EKS) cluster for AWS. 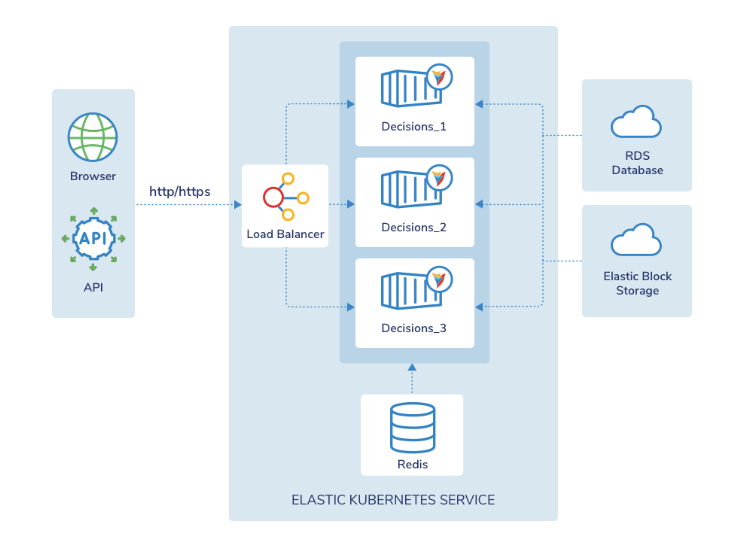 Creating a Kubernetes Service with Cloudshell