Steps are the building blocks of Flows; marking individual points within a Flow's process. Steps are used to visualize what the back-end code is accomplishing and operate sequentially, moving data through the inputs and outputs to each step.

Some examples of steps are:

The step Toolbox tab within the Flow Designer houses thousands of pre-built steps and user-created Designer Elements within the environment. The toolbox provides a way to search and select steps to be used in a process. 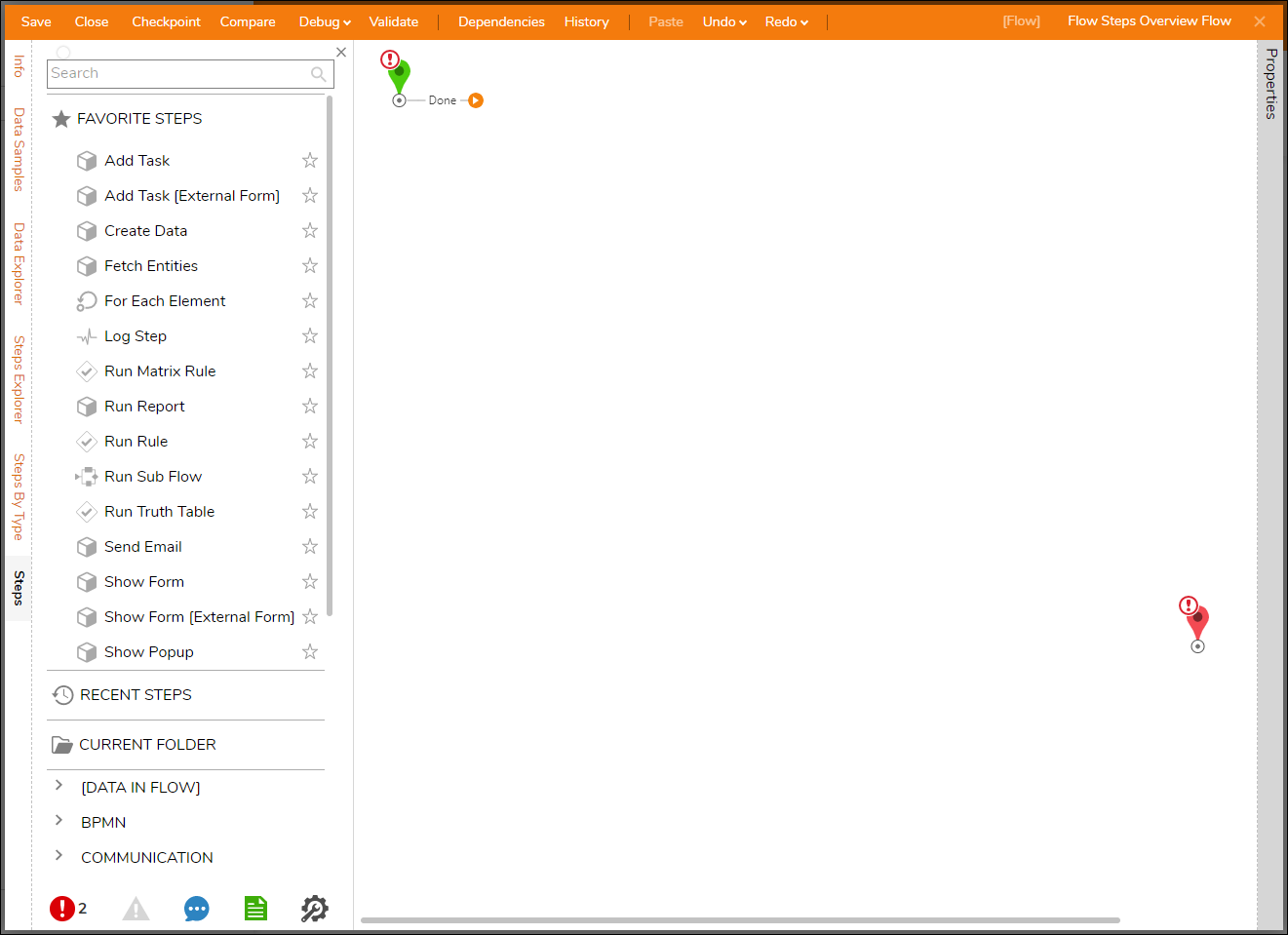 The alternate method of adding a step to the Flow is through the use of the Add After window.

When a step is placed into the Flow, the icon can be selected so that the Properties tab populates with the available configurations.

This contains inputs and outputs along with additional configuration settings that can alter a step's function.

The screenshot below depicts a Flow with an Add step connected between the Start and End steps. The step takes in two Decimal values, adds them, then uses that equated value to define the output. 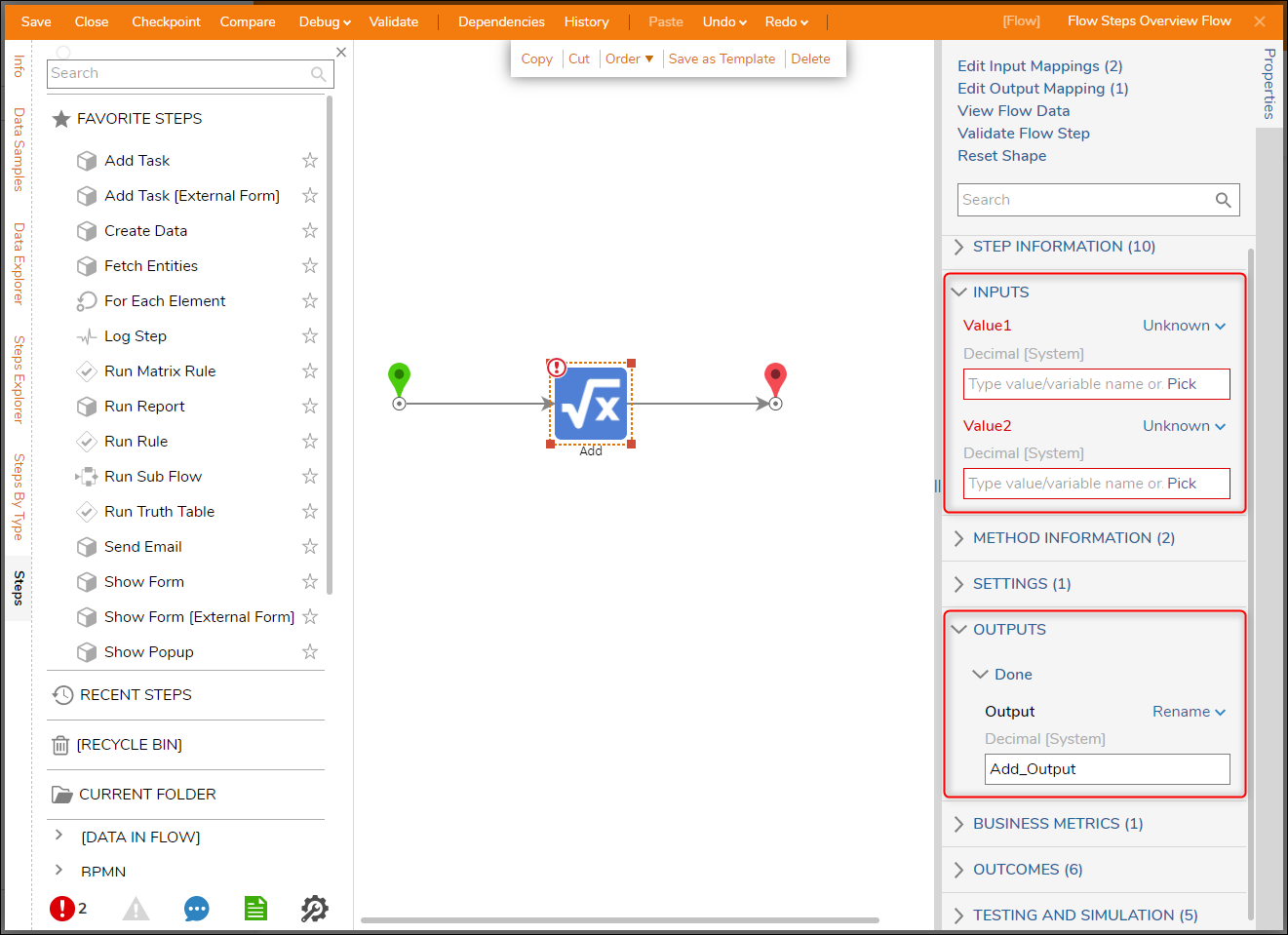 Steps can have additional outcomes using the Outcomes section in the Properties panel, such as the No Data Result and On Exception paths. Some steps, such as Rules steps, come with multiple outcome paths by default. 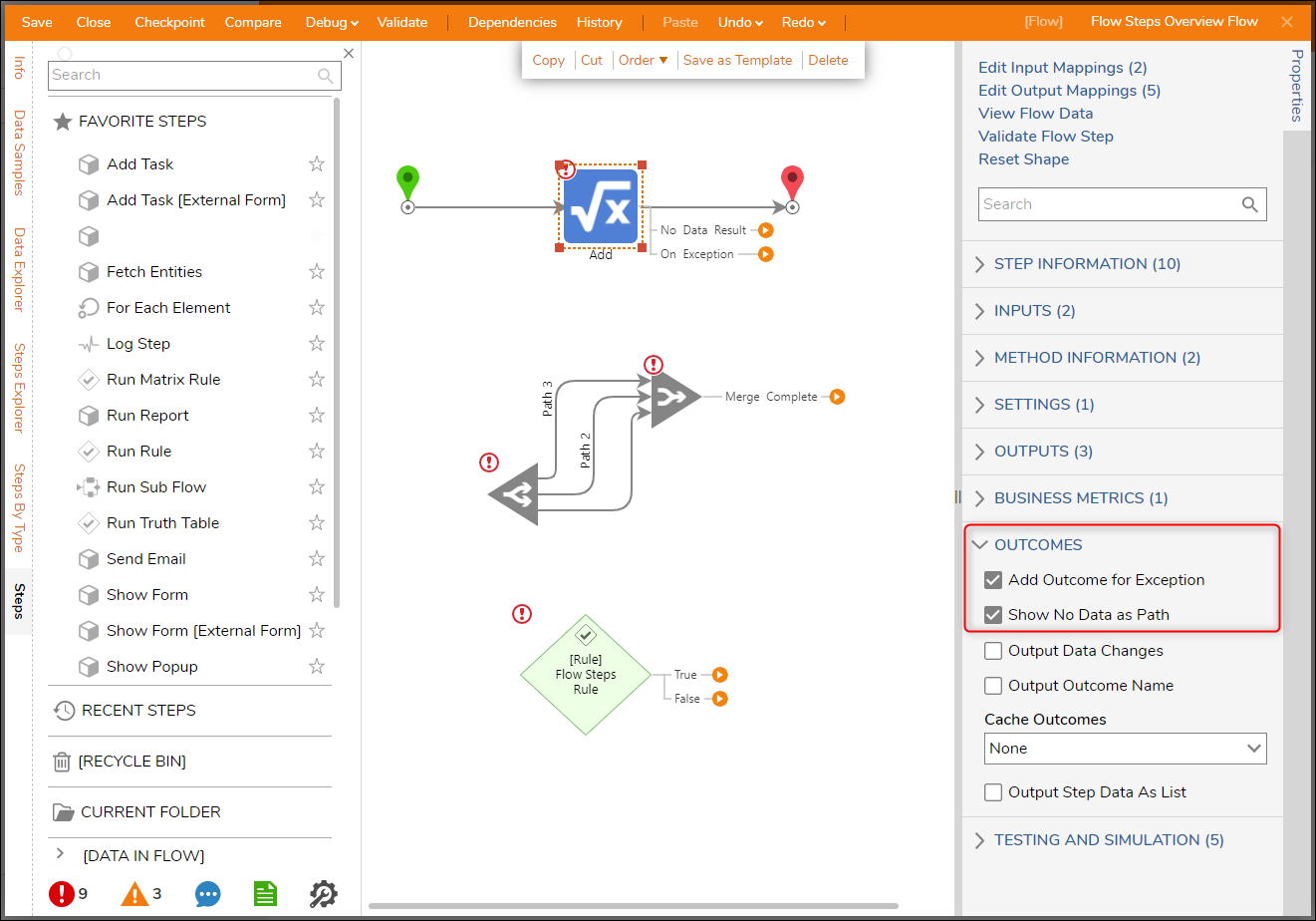