About Branching and Merging Flows

About Branching and Merging Flows

When the execution of a branch and merge is done, a Merge step will wait for all of the threads of execution to complete before moving on to the next step in the process.

Branch and Merge steps do not create Parallel processing and should only be used with assigned Forms to create parallel approval processes. 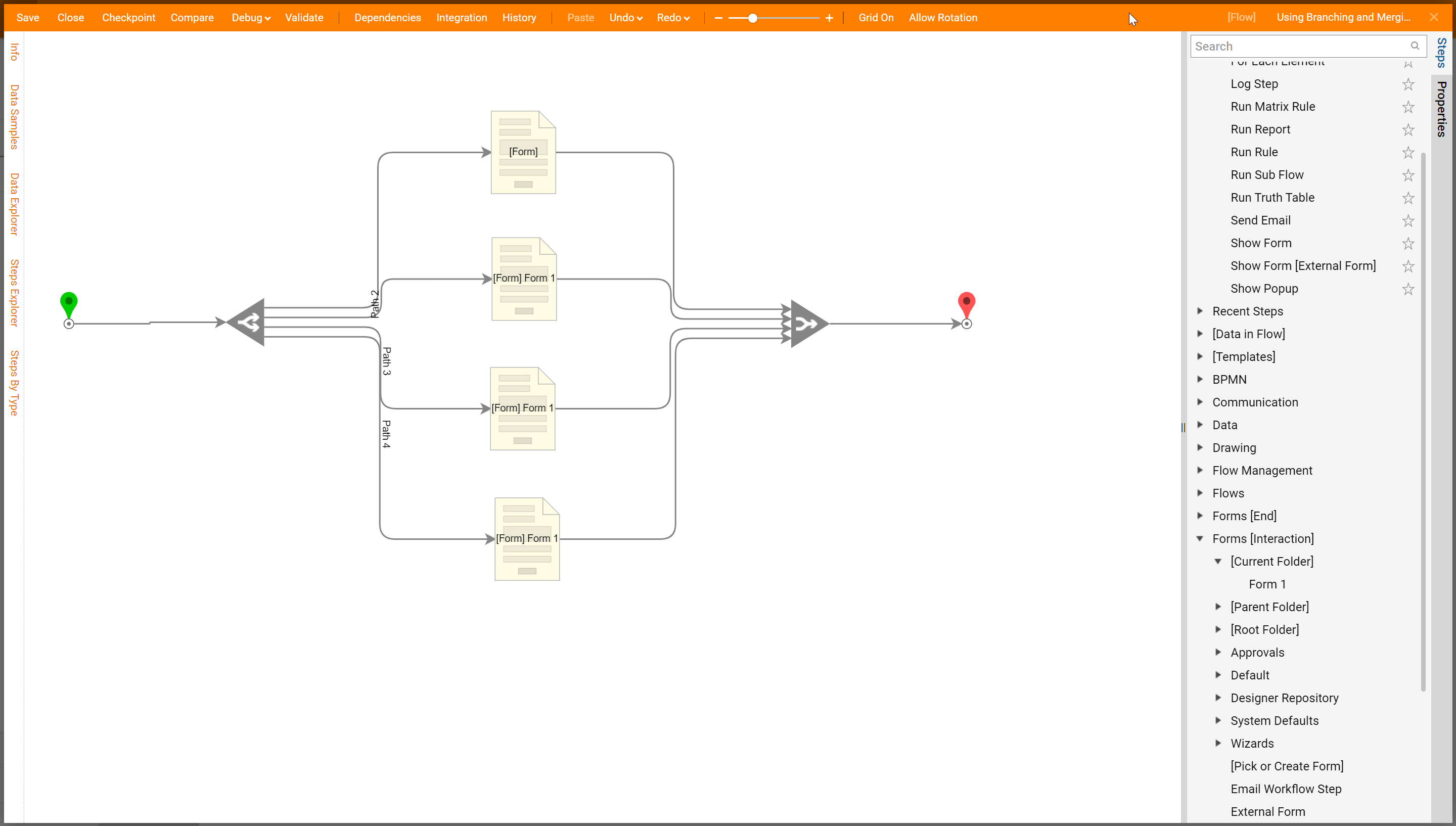 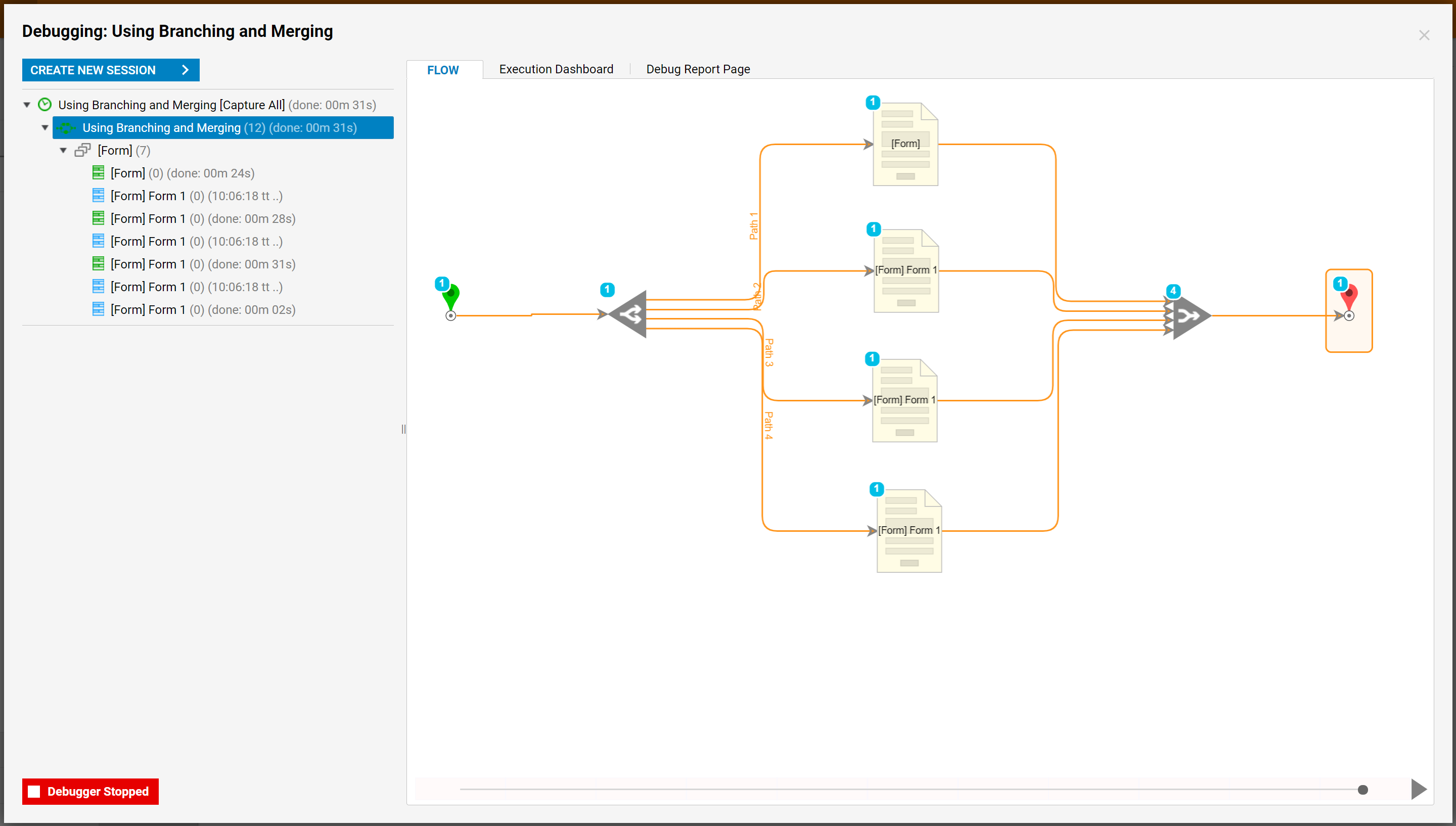 For further information on Flows, visit the Decisions Forum.
Was this article helpful?