A datatype, or just "type," is a classification of data that tells the platform how the data is intended to be used. The datatype may be simple, such as Int32 (a 32-bit integer value) or Boolean (true or false value), or it may be a composite type such as a User Account or Database Structure. Simple types have only one value whereas composite types are structures that may have many values.

The following examples represent information that may be stored in a datatype:

In Decisions, every variable (and every process that evaluates to a value) has a datatype. Each step in the Flow Designer specifies a type for the input and output values. By default, Decisions defines a set of built-in alphanumeric types as well as composite types that represent a wide variety of logical constructs. Decisions also has the ability to create custom datatypes, or "user-defined types", with a Data Structure Designer in the platform. A typical Flow may use some built-in types as well as one or more user-defined types.

When working with data in the Flow Designer, always consider the datatype. For example, a String (text) datatype would not work for a math function, as this function would expect an integer value. Since String datatypes can contain letters or other non-numerical characters, the mapping editor would return an exception. Even if the value of the String datatype is numerical it would still not work; the math function requires a numerical datatype like Int32 or Decimal.

Most Common datatypes in Decisions

For math calculations, use Integral and Floating-Point Types as follows:

The binary number and the location of the binary point are both encoded within the value.

Decimal is a floating decimal point type to represent a number like this, 12345.65789

The number and the location of the decimal point are both encoded within the value – which keeps the Decimal as a floating-point type instead of a fixed point type. For non-repeating decimal fractions and whole numbers, the most common datatype is Decimal. This is usually suitable for any concepts invented by humans, such as financial values or product ratings.

For values that are either imprecise or immense (such as is found in artifacts of nature or which cannot be precisely measured), float/double datatypes are more appropriate. Scientific data is often represented in this form. With these datatypes, the original values are not "decimally accurate" to start with, so it is not important for the expected results to maintain decimal accuracy. Floating binary point types are much faster to work with than decimals.

To create a user-defined (composite) datatype, begin in the Decisions Studio. Open a Designer Folder and select the Create datatypes/Integrations button from the bottom action bar. In the window that appears, the User Defined Types section shows the available options to define the structure of the type. 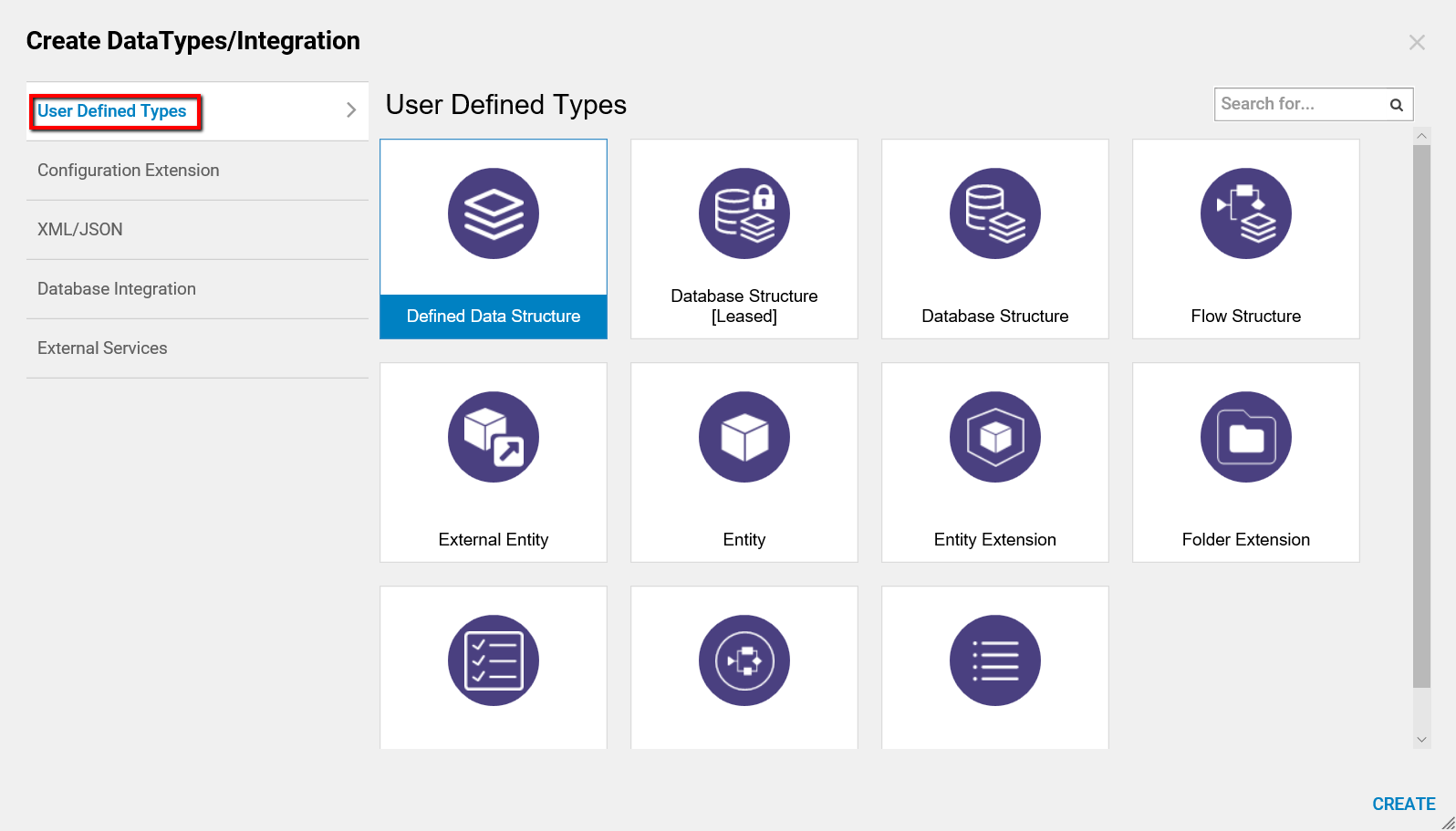 Use the reference links below to find more information on these structure types.