Projects are collections of Designer Elements associated within the same process.

Projects help organize multiple processes in an instance, especially those in the latter case, while also supporting transporting files via Repository servers or manual Imports/Exports.

Designer Elements of the same project are typically kept in the same Designer Folder or are otherwise dispersed across several Folders within the instance.

The following article details how to remove a Designer Element from a previously assigned Project such as those from a Repository and then details how to assign a new project.

Designer Elements can only belong to one project at a time.
If wishing to add a Designer Element to a new project, it must first be released from its original project.

After installing a Repository, the Remove from Project Action relocates to the Designer Repository Action menu. Selecting this action allows users to remove a project similarly to the Remove From Project action. 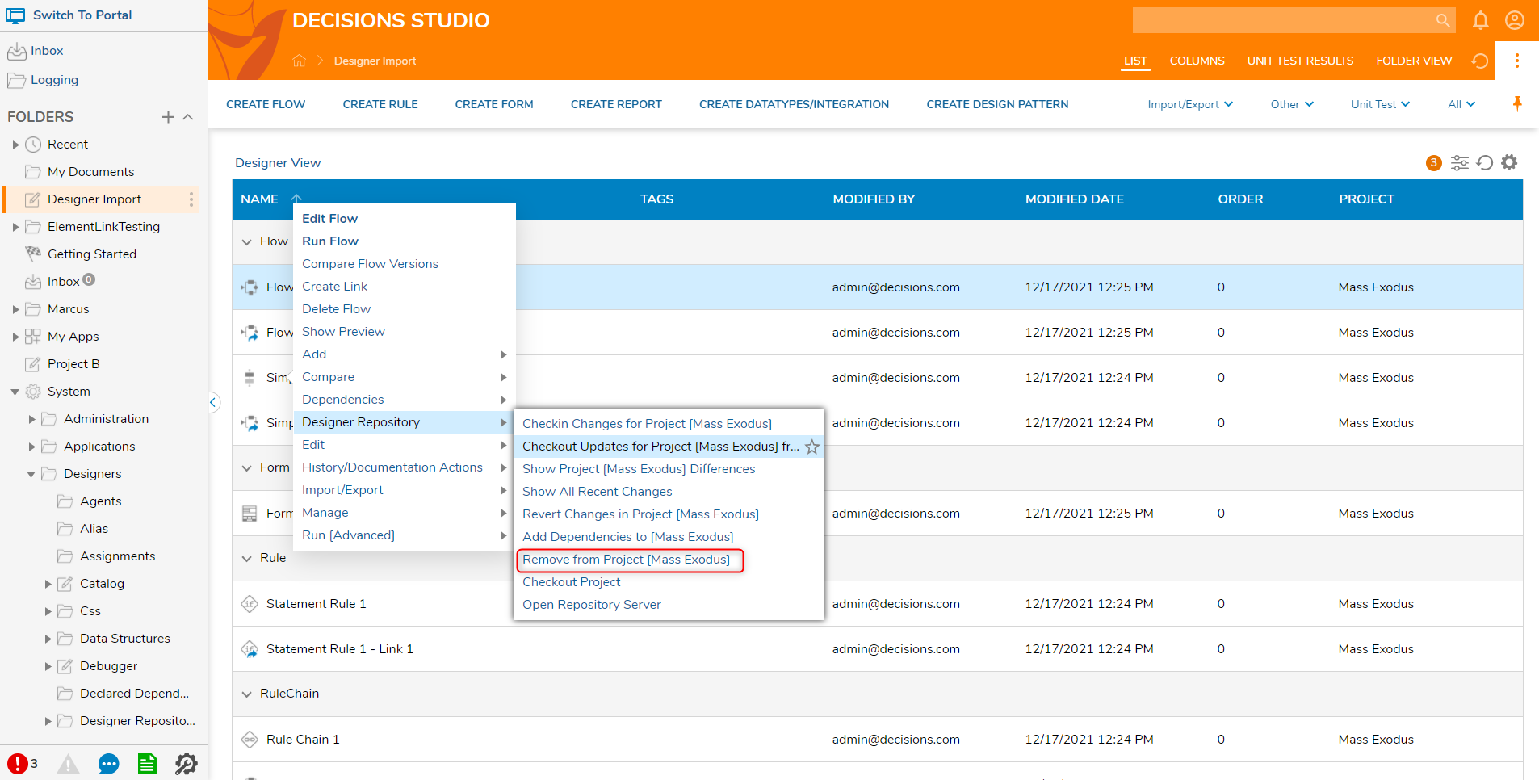 For further information on the Portal, visit the Decisions Forum.
Was this article helpful?
Thank you for your feedback! Our team will get back to you
How can we improve this article?
Your feedback
Comment
Comment (Optional)
Character limit : 500
Please enter your comment
Email (Optional)
Email